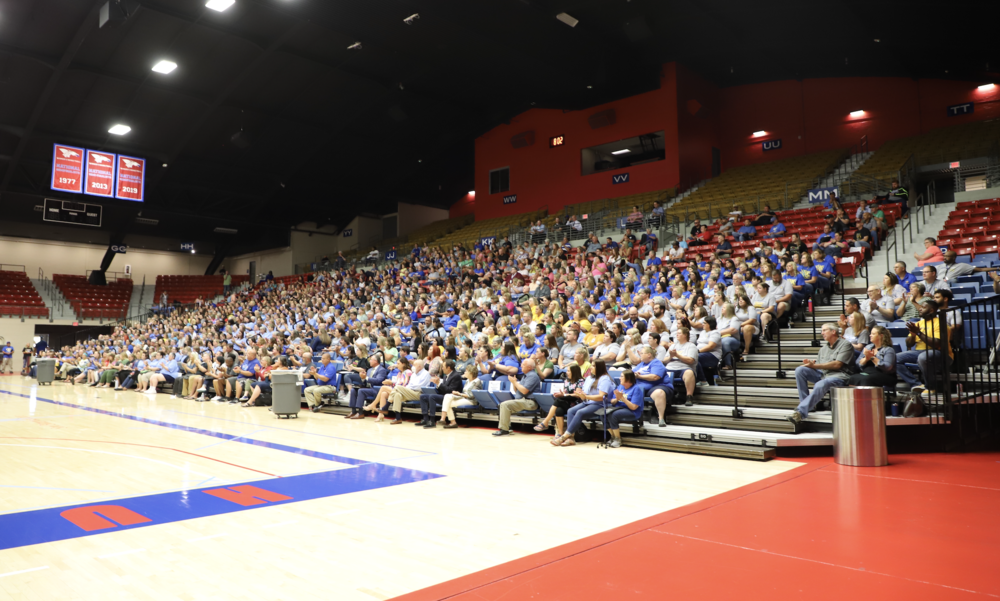 Almost 1,000 staff members from USD 308 celebrated the new school year by gathering at the Hutchinson Sports Arena on Tuesday, August 9, 2022, for their annual Convocation event. 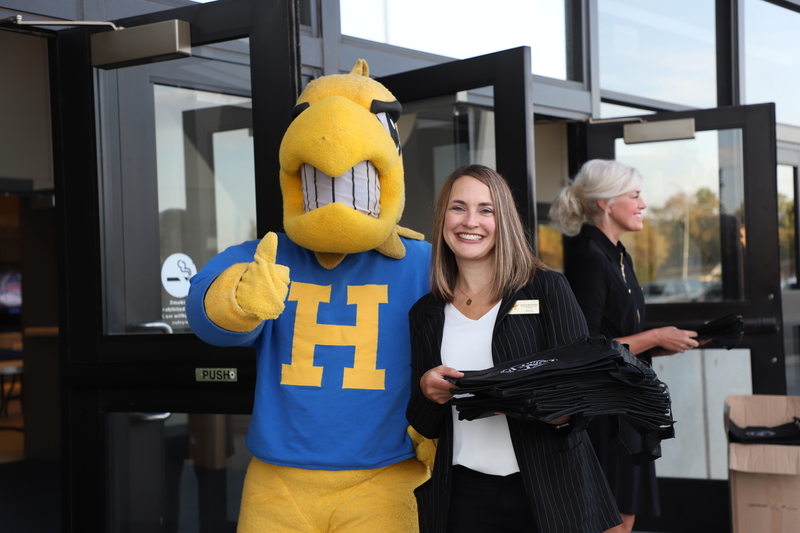 Hutchinson Public Schools celebrated their 150th anniversary with their first in-person Convocation event in two years on Tuesday, August, 9, 2022. Convocation is an annual event that celebrates the new school year through messages from area partners and district leaders. Heartland Credit Union partnered with the district to provide breakfast for all staff members. The district also partnered with Hutchinson Community College to host the event at the Hutchinson Sports Arena. 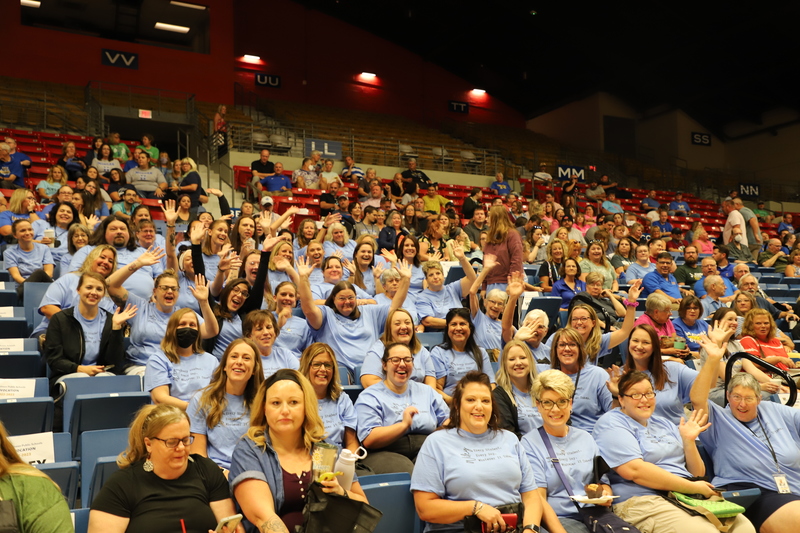 During the event, staff heard welcome messages from USD 308 Board of Education President, Greg Meredith, and community partners like HNEA, Ameritime, and Heartland Credit Union. Jeff Hooper, Chief of Police for the Hutchinson Police Department, was invited as a special guest and gave a motivational speech on school safety and the positive partnership that educators and officers can cultivate in order to affect the lives of students. 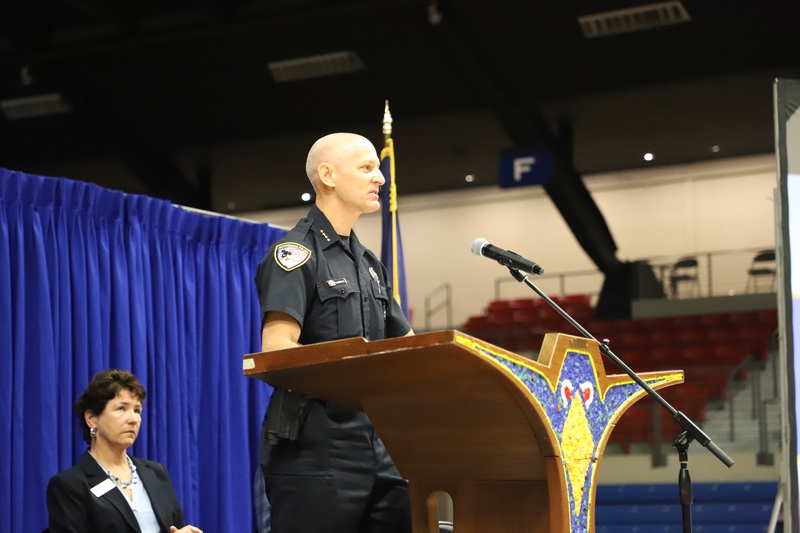 The anticipated announcement of several awards were also given during the Convocation ceremony. Brian McCandless, teacher at Hutchinson High School, was named USD 308 Teacher of the Year. Avery Reveles, interpreter at Wiley Elementary, was named Classified Employee of the Year. Five staff members were also named Davis Teachers of the Year, and were presented cash prizes of $4,000 by Allen Fee and the Davis Foundation. Elementary winners were Carly Torres at Wiley, and Candy Lawrence at Graber. Zach Burkhart, formerly at HMS-7, won in the Middle School category, and Tina Johnson and Daryl Koestel won in the High School category. 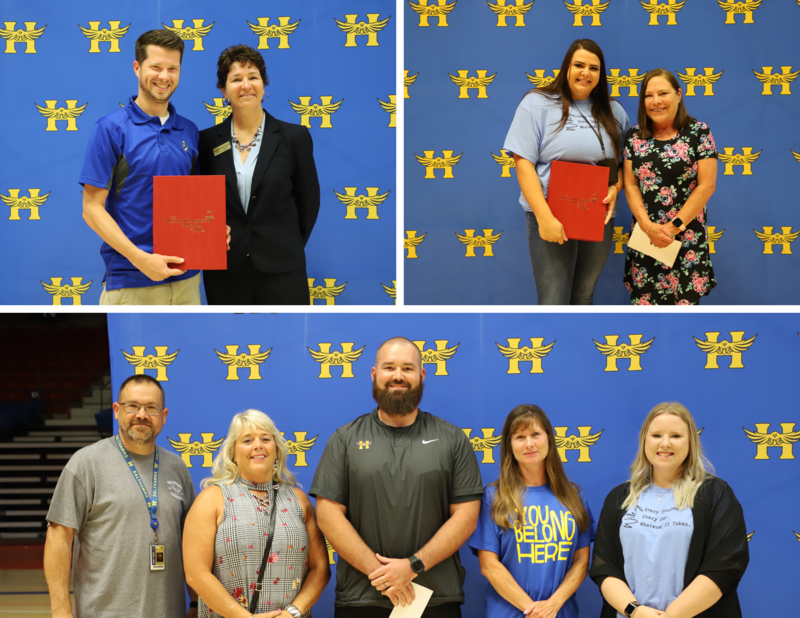 Incoming USD 308 superintendent, Dr. Dawn M. Johnson, closed the event with a message encouraging staff members to move forward into next school year with a collaborative spirit, and reminded them that all staff members, regardless of role, play a part in the education of students. 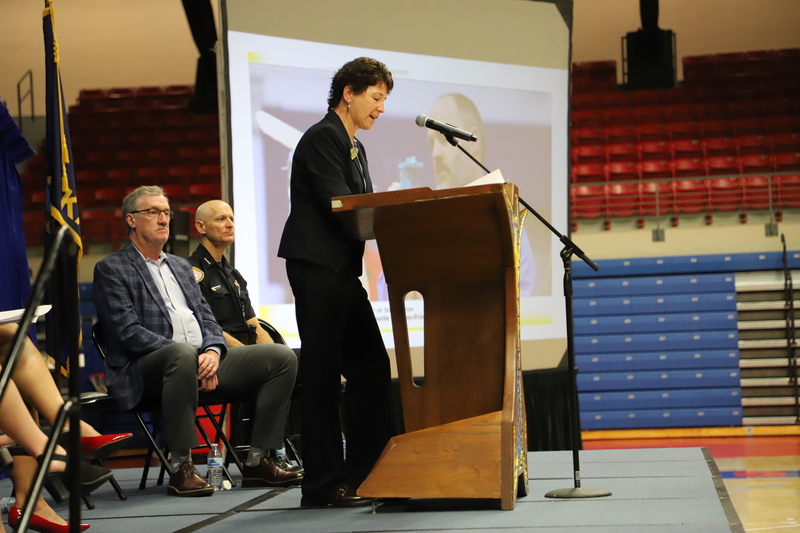 “You are more important than ever. What you do matters. These young people are our greatest hope and you will make a difference. We’ll dive into our data, and we’ll assess on the way. Most importantly, we will meet children where they are, and we will take them places they never expected they could go,” said Dr. Johnson.

At the conclusion of the event, staff members had the opportunity to engage with over 20 area businesses and organizations for the first Convocation Resource Fair. The Resource Fair was held in the west foyer of the Hutchinson Sports Arena, where staff received information, prizes, and tools from participating organizations. 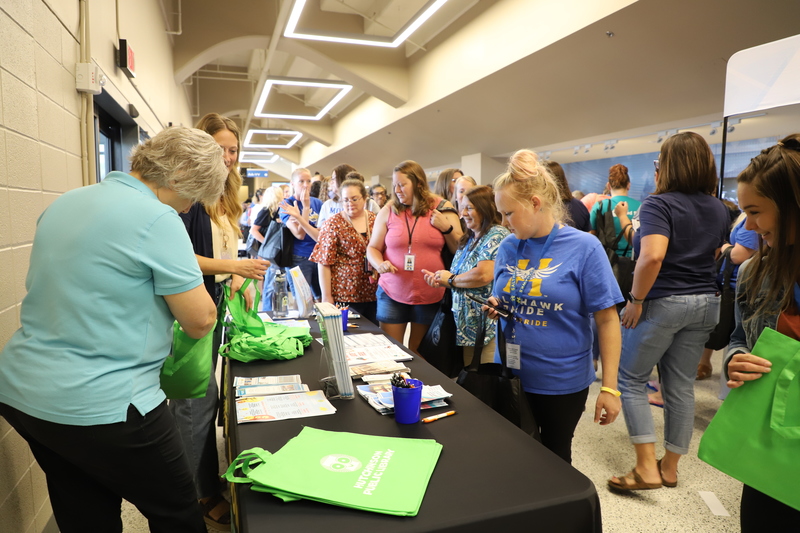 “We wanted to give our staff and area partners a chance to engage before the school year begins. The energy during the Convocation program and Resource Fair was electric. You could feel the synergy between our staff and their community, and we cannot wait to see that momentum play out in the next few weeks as school gets started,” said Krystal Young, Deputy Superintendent for USD 308.