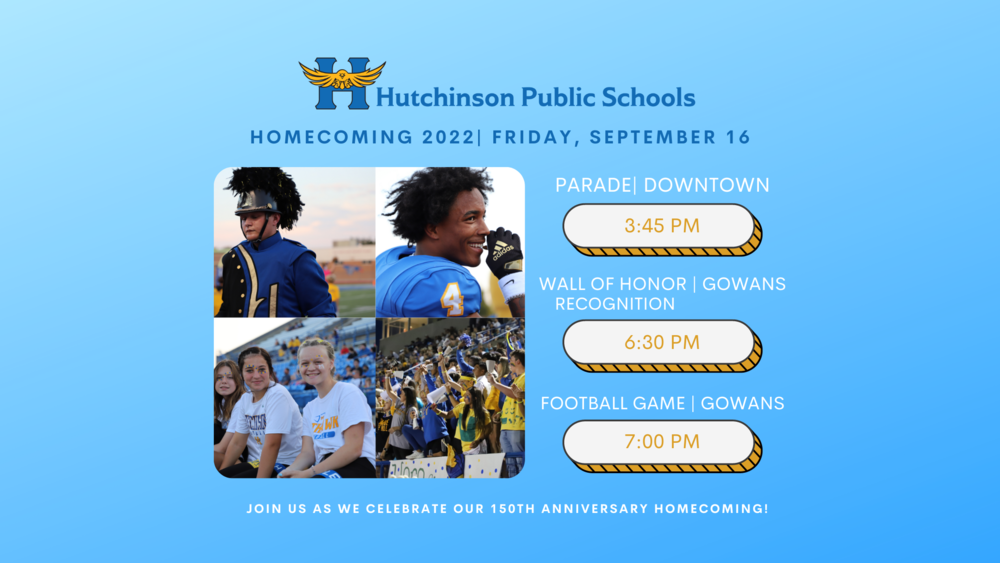 HUTCHINSON, KANSAS – Hutchinson High School along with USD 308 will be celebrating their 150th Anniversary Homecoming on Friday, September 16, 2022.

Homecoming festivities will begin on Friday, September 16, 2022, at 3:45 p.m. in Downtown Hutchinson for the annual Homecoming parade. The parade will begin on Avenue B and travel North on Main Street. The local community is encouraged to attend to celebrate and watch the parade.

The Homecoming football game against Maize South will begin at 7:00 p.m. at Gowans Stadium.

“This is an exciting year to be celebrating Homecoming, as it is our 150th anniversary as a district. We hope that our community joins us to celebrate and cheer on our alumni, football team, and Homecoming Court candidates,” said Dr. Dawn M. Johnson, superintendent of USD 308.

WHO: Hutchinson High School and USD 308

WHERE: Downtown Hutchinson and Gowans Stadium